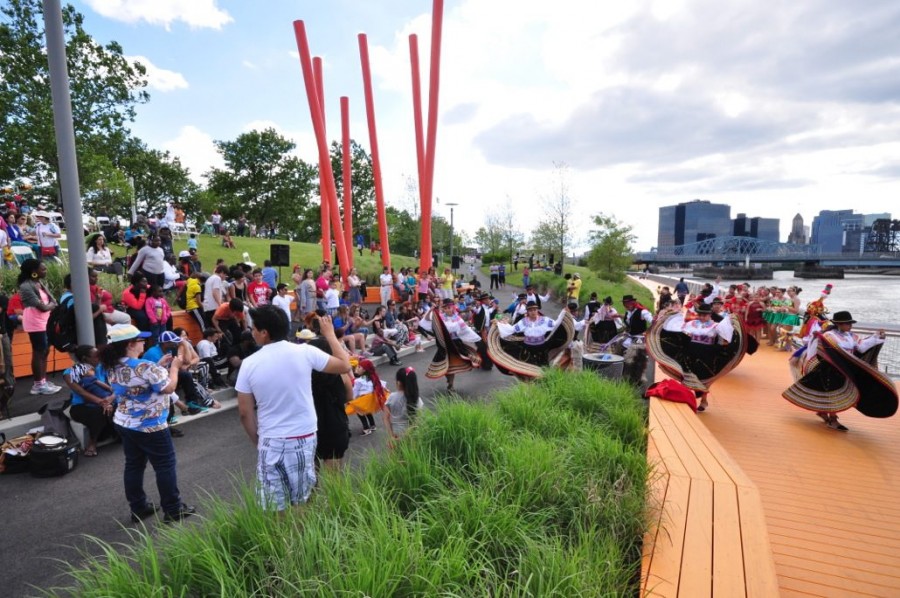 Newark Celebrates 350 Years at the Passaic River on June 4

By Newark Celebrates 350 Years at the Passaic River on June 4,

Every year for the past five years, the residents of Newark, New Jersey have celebrated River Day—gathering at City Hall, marching bands stepping high, to parade to the Passaic River to symbolically reclaim the riverfront and launch the summer season.

This year’s parade and waterfront party—the 5th annual Walk to the Water and River Day—will take place on Saturday, June 4. And it has an extra celebratory element: the 350th anniversary of the founding of Newark.

“It’s a big deal for the city,” said Marcy DePina, program director for Newark Riverfront Revival (NRR), an initiative of the Ironbound Community Corporation that has worked with partners including The Trust for Public Land to restore and revitalize the Passaic waterfront since 2008. “The whole city is galvanized to come together and celebrate, and to imagine and look toward the future for the next 350 years.”

Today, more than 16 acres of public space along the Passaic River offers park-hungry Newark residents a breezy respite from urban life, with playing fields and playgrounds, a bikeway and walking trail, a boardwalk, and a floating dock. The park first opened in 2012, after four years of planning, community input, environmental cleanup, and fundraising.

“We try to make River Day a snapshot of all the cultures represented in Newark, so there’s a diverse offering of entertainment and education,” Ms. DePina said, listing music, theater, poetry; yoga, zumba, capoeira, dancing; and popular boat tours with Hackensack Riverkeeper.

“The EPA has a table, along with many other participants,” she added. “We talk to people about park stewardship.”

Two months ago, the EPA finalized a Superfund cleanup plan for the Passaic River. The job will entail dredging 3.5 million cubic yards of contaminated sediment from the river bottom and then capping it, bank to bank. “It won’t begin for the next five to ten years,” Ms. DePina said, “but people are just happy to know that the cleanup is going forward.”

On Saturday, June 4, Walk to the Water begins at 11am from Newark City Hall (920 Broad Street); Newark River Day at Riverfront Park (Raymond Boulevard btw Somme and Van Buren Streets) runs from 1pm–6pm. Visit the Newark Riverfront Revival website for more details or follow the organization on Twitter at @NewarkRiverfrnt for up-to-date information.