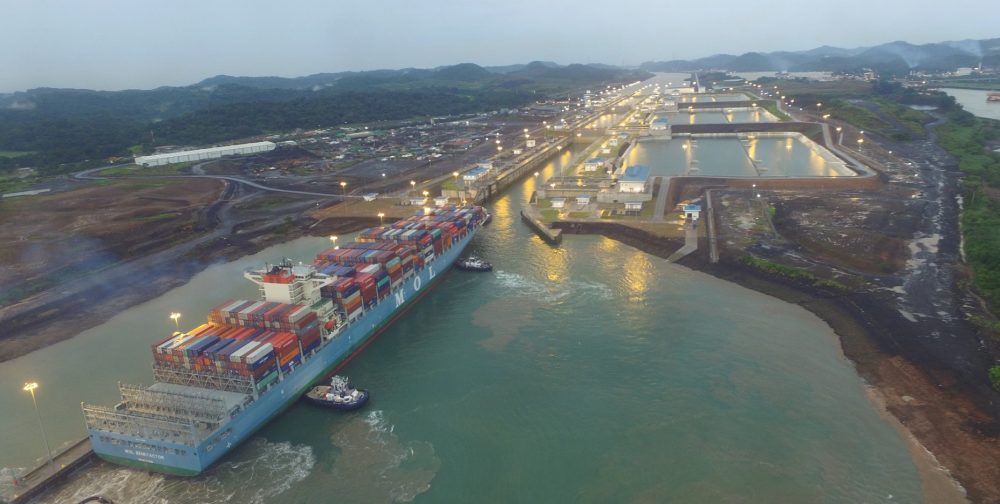 First of the Megaships Arrives in New York Harbor

By First of the Megaships Arrives in New York Harbor,

Less than two weeks after the expanded Panama Canal opened on June 26, the first container vessel to transit the new canal locks and continue to an East Coast port—and also the largest vessel ever to visit the metropolitan region—arrived in New York Harbor.

On July 7, marking the start of a new era for the Port of New York and New Jersey, the MOL Benefactor arrived at the Global Container Terminal (GCT) Bayonne, currently the only metropolitan terminal able to handle the huge ship. All other area terminals either do not have the capacity or would have required the ship to pass under the too-low Bayonne Bridge.

According to the Port Authority of New York and New Jersey, approximately $6 billion is being spent to prepare the New York Harbor port complex for the megaships, including a 10-year channel-deepening project that will be completed this summer. Once the Bayonne Bridge roadway is raised by the end of next year, the navigational clearance will increase from 151 feet to 215 feet, and allow the major terminals west of the bridge—Port Newark Container Terminal, Maher Terminal, APM Terminal, and GCT New York—to host the larger ships. At that point, local residents can expect to see a steady stream of these larger, more efficient container ships visiting the Port of New York and New Jersey. One result will be fewer ships overall; another, a significant reduction in emissions.