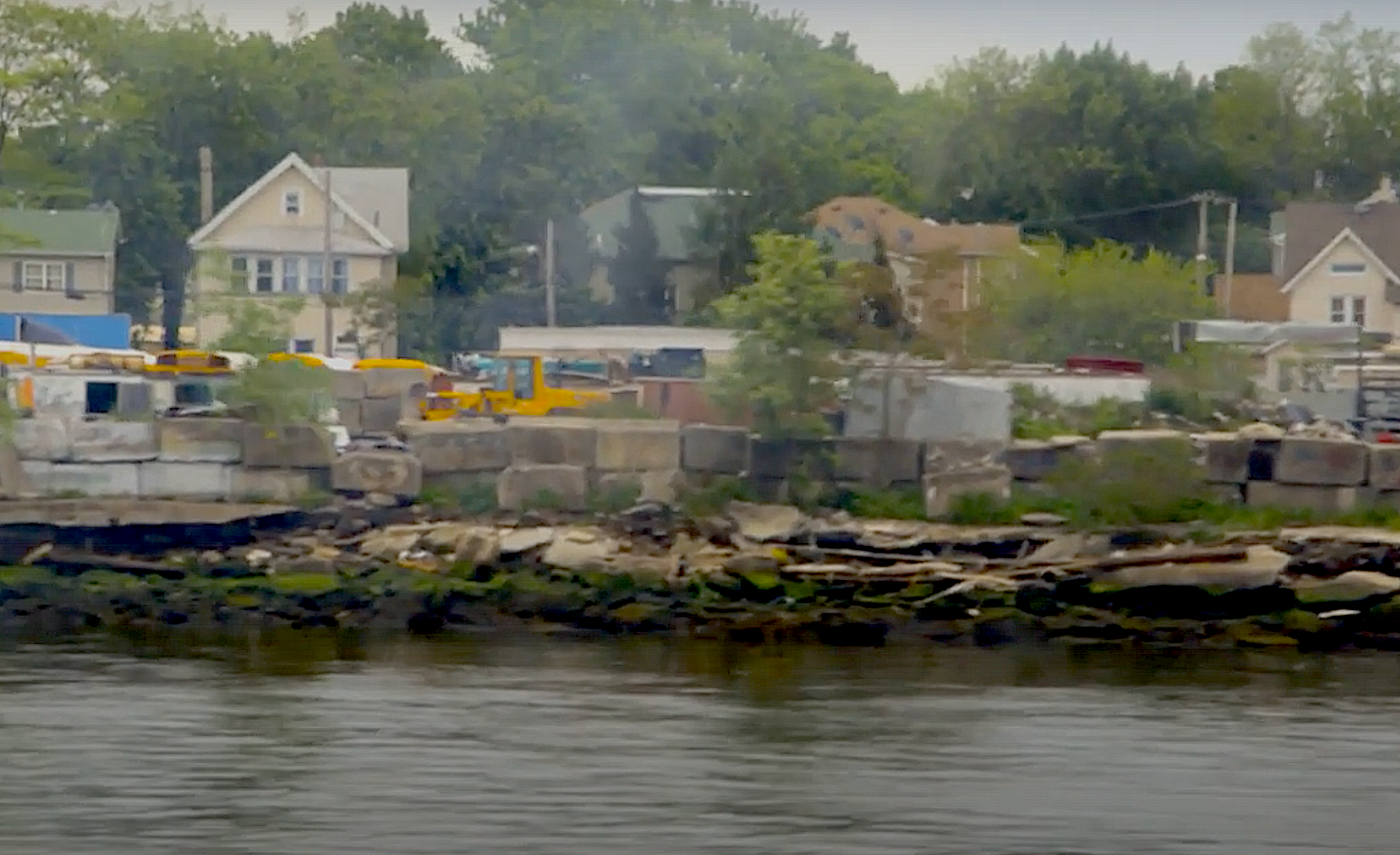 For many years, Staten Island legend held that a certain section of the North Shore near the Bayonne Bridge was radioactive. According to old-timers who told the tale, this industrial site on the Kill van Kull waterfront, at 2351 Richmond Terrace, was somehow connected to the Manhattan Project, the country’s secret effort during World War II to produce the world’s first atomic bomb.

In 1999, the land across the street from 2351 Richmond Terrace was up for residential rezoning. As president of the Port Richmond Civic Association, Beryl Thurman got involved. Concerned about the need for more school seats to go along with the proposed new homes, she was advocating for a learning annex at the shoreline near the bridge, for hands-on environmental classes for young people. That’s when she heard the rumor about radioactive contamination.

Could it be real? Invoking the Freedom of Information Act, she wrote to the U.S. Department of Energy (DOE) and requested details about 2351 Richmond Terrace. In 2001, the DOE faxed Ms. Thurman a report from the radiological survey performed in 1980 at the site by the Oak Ridge National Laboratory.

The very first sentence of the report was chilling: “A number of buildings located at the site of the former Staten Island Warehouse in Port Richmond, New York, were used by Union Minie’re du Haut-Katanga Company to store high-grade Belgian Congo uranium ore from 1939 to 1942.”

This was no myth. This was history. Uranium ore destined for the Manhattan Project in Los Alamos, New Mexico, had been shipped from the Belgian Congo to New York Harbor, off-loaded to a warehouse owned by the Archer Daniels Midland company at 2351 Richmond Terrace, and eventually sent across the country for processing. Other than Mayor Fiorello LaGuardia and several others, few New Yorkers knew about it.

The radiological survey indicated that uranium had spilled here. The 1980 report recommended further tests, but the DOE ruled the site ineligible for remediation. Twelve years later, the New York State Department of Environmental Conservation conducted a soil assessment and found high levels of radiation, but no action was taken. The site continued to be used as an industrial address, and for many years was unfenced. People began to forget—until Ms. Thurman started asking questions in 1999.

In 2008, representatives from city, state, and federal agencies took a closer, coordinated look and confirmed dangerous contamination. The Environmental Protection Agency asked the DOE to reevaluate remediation. Since then, Staten Island has been waiting.

Today, Margarella Asphalt & Concrete is headquartered at 2351 Richmond Terrace, and Beryl Thurman is the president and executive director of the North Shore Waterfront Conservancy (NSWC). For more than 20 years, she has knocked on doors, written to government officials, and advocated on behalf of the communities of Staten Island’s North Shore. On May 26, 2020, she sent an exultant email. “We have some long awaited and most EXCELLENT of news to share with you,” she wrote. “The Archer Daniels Midland Company/Manhattan Project site has finally been accepted into the Department of Energy’s Formerly Utilized Site Remedial Action Program.”

Known as FUSRAP, this program identifies and remediates sites contaminated as a result of the country’s early atomic energy program in the mid-20th century.

While Ms. Thurman and her neighbors and supporters are thrilled that the federal government is finally taking action to remediate the toxic site, the fact that decades have passed is hard to swallow. “Don’t think I’m not excited about the fact that this is finally happening,” she told WaterWire. “But look how long it’s been sitting there, and how many people who live near there might have been affected by it.”

“This issue that I’m having is the amount of time it takes to get officials and government agencies to even listen to environmental justice communities,” she said.

The NSWC’s environmental justice fight continues for many more toxic areas along the North Shore. Most are flood-prone and near residential areas and water sources. The NSWC report Staten Island’s Gold Coast: 5.2 Miles from Arlington to St. George highlights 21 contaminated sites in a five-mile stretch along the Kill van Kull.

“There are still private properties that still require soil testing and remediation: the old Truscanti Boat Company, the former Edkins Salvage Yard, the Old Standard Boat Company,” Ms. Thurman said. She knows practically every square inch of the North Shore, and does not hesitate to challenge government agencies or Fortune 500 companies. Con Edison’s North Shore parking lot, once the site of a power plant, is a big problem, she says, as is the MTA bus depot and the Port Authority of New York & New Jersey’s encroachment on precious wetlands in the name of port expansion.

Federal action on the contamination at 2351 Richmond Terrace is a victory, but Beryl Thurman is hardly slowing down in her fight for Staten Island’s coastal communities. In a video about the work of the North Shore Waterfront Conservancy, she says, “We absorb whatever is in our environment. We are absorbing these pollutants, we are absorbing these contaminants. Our children are absorbing them. Our lack of action is killing us.”